Today, on the Day of Remembrance of the Victims of the Holocaust, a commemorative event was held in Riga on the site of Large Choral Synagogue, which was burned by the Nazis 76 years ago. 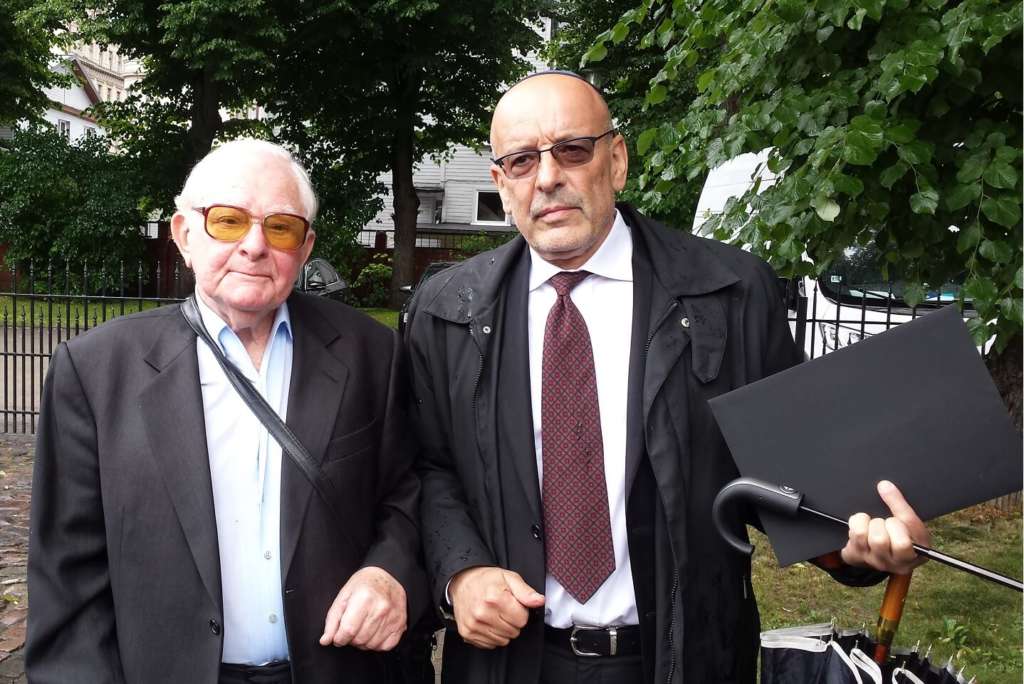 According to the years of tradition, the highest state officials, diplomats and members of the Jewish Community have come to the memorial in the Gogol Street.

The Day of Remembrance of the Victims of the Holocaust is a very personal date for all the Jews of Latvia. This was mentioned by Dmitry Krupnikov, who opened the ceremony. Most of Krupnikov’s family members remain in Rumbula.

In her statement, the Speaker of the Saeima Inara Murniece pointed out that a terrible and unimaginable tragedy had happened in Latvia. Her Excellency noted with regret that local Nazi accomplices had also participated in the crimes.  At the same time, new information on Latvians that were saving Jews keeps being revealed. The Speaker of the Saeima expressed the belief that the memory of the Holocaust and the saviours of the Jews will always linger on in Latvia.

The Ambassador of Israel Lironne Bar-Sadeh noted how important it is that the leaders of the country come to the memorial ceremony every year and commemorate the victims of the Holocaust together with members of the Jewish community.

In his address, Professor Margers Vestermanis – a historian and a former prisoner of Riga Ghetto and concentration camps, and founder and curator of the Museum “Jews in Latvia” – asked: How could it have happened that almost all Jews were exterminated during the Holocaust in Latvia? How could it have happened that the Jewish community of Latvia is the Jewish community most affected by the Holocaust of all communities in Europe? How can anybody answer such a dreadful question? In the view of the distinguished historian who devoted his life to studying the history of the Jews of Latvia, the answer lies with the fact that during those years the society of Latvia did not treat Jews as its part or its people. Jews were mere Jews – some separate outsiders. In this context, he pointed out that he didn’t hold out much hope, but he still had lived to see the event on 30 November 2016 at the Freedom Monument, when people had come to honour the Jewish victims as part of society.

Today, everything is different: a national day of remembrance is held in Latvia, and all its residents bow their heads in memory of the Latvians killed only because they were Jews.

In his address to the audience, Andris Americs said that everyone had to decide whether to remain a human being or not during the war. And there were those who had saved their neighbours, bearing in mind that Latvia is our common home.