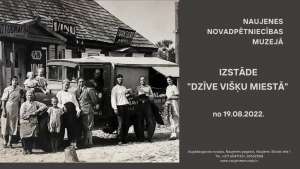 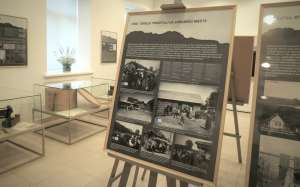 Until December 30, the exhibition “Life in the town of Vishki” is open in the Naujene Local History Museum of the Augšdaugava Municipality. There you can get acquainted with the history of Vishki from the 17th century to the early 1940s. The materials of archives, museums and private persons from Latvia and other countries were used in the creation of the exhibition. Most of the exposition is devoted to stories about Jewish families, because Vishki was indeed a shtetl, where at the end of the 19th century more than 68% of the population were Jews. You can read more about the exhibition here: http://naujenesmuzejs.lv/naujenes-novadpetniecibas-muzeja-19-augusta-tika-atklata-izstade-dzive-visku-miesta/ 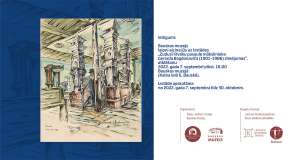 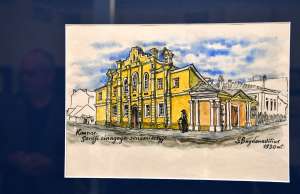 Until October 30, the exhibition “The Lost World of the Litvaks in the Drawings of Gerardas Bagdonavičius (1901-1986)” is open in the Bauska Museum. The exhibition presents the artist’s original drawings created between 1928-1950, which introduce the spiritual and material culture of the Lithuanian Jews. The exhibition was created in cooperation with the Šiauliai “Aušros” museum. You can read more about the exhibition here: https://bauskasdzive.lv/turpina-sadarbibu-ar-kolegiem-lietuva/